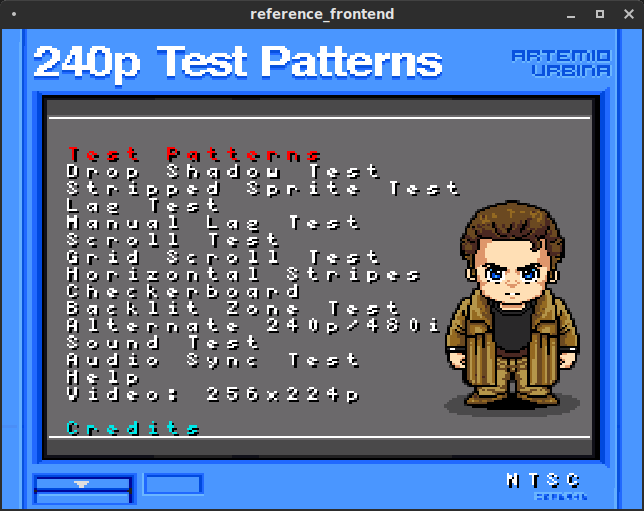 This is a barebones minimal reference frontend for the libretro API, designed for developers (not end users), to show the most basic functionality necessary to run a libretro core in a playable state in a cross-platform manner (at least Windows and Linux, probably OSX as well). By playable I mean that input, audio and video all work to a minimum degree. SRAM and save states are also supported. And most importantly, both software and OpenGL-accelerated cores are supported.

This project requires Qt5 version 5.9 or later (Qt6 is also supported but as of 6.0 the multimedia module has not been ported yet, so you will not have sound), and a C++11 toolchain.

The simplest way to build this project from the command-line is with qmake && make -j$(nproc). This should work on Linux as well as Windows via MSYS2 at the least. If you prefer an IDE-based approach, you can also build with either Qt Creator, or Visual Studio with the Qt add-in, just open the "reference_frontend.pro" file and click Build in either case.

The basic idea is that we will be loading in a dynamic library from disk at runtime; this is the core that you want to run. It is assumed that you already have access to a compiled core library whether built yourself or acquired from elsewhere. After the library is loaded, we will acquire some function pointers from the library and then later call those functions to load content and/or render frames inside the core. Finally, we will display those frames (video and/or audio) on the screen, and relay inputs from the user back to the core.

The general flow of logic is as follows:

This should cover the main sequential steps necessary to get a core running. Other asynchronous/event-based handling is covered below.

Any platform that supports Qt 5.9+ and a GPU with OpenGL 2.0+ (and proper drivers) should be able to run this. If you're on Linux, both X11 and Wayland should work, including directly on the console via DRM/KMS using the -platform eglfs option.

The key bindings are hardcoded as follows. Re-binding of the keys is outside the scope of this project. Basic mouse support for cores that utilize it should also work. 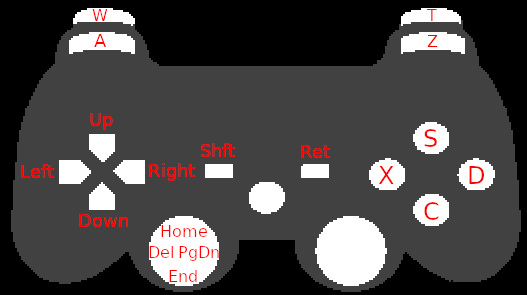